Last week we were put in touch with a couple who had a story of recurrent miscarriage, we offered to meet with them, to listen and to tell them they’re not alone. But they declined. After hearing our story of six miscarriages, no baby and no answers they decided they didn’t want to speak to us, I think our story scared them. I don’t blame them, a few years ago I probably would have done the same.

Comparison can define who we are, who we’re not, or who we don’t want to be. It’s like a thief, leaving some wanting, others proud and others out of a job. It can stop you living, paralysed by what you lack in a world that thrives on advertising abundance. Depending where you look, or who’s just posted on Facebook, the way you feel about yourself can change from content to dissatisfied or even depressed in a minute. In those short moments your life hasn’t changed, but who you’ve compared it to has. Comparison can destroy your story. It can tell you you’re not enough or that your life has little meaning because you don’t have a child or a husband or own a house or because you need tablets to help you get out of bed.

Depending where you look, or who’s just posted on Facebook, the way you feel about yourself can change from content to dissatisfied or even depressed in a minute. In those short moments your life hasn’t changed, but who you’ve compared it to has.

Comparison can also tell you that your struggle isn’t valid, reminding you another’s pain is greater and telling you to stop making a fuss over nothing. There will always be moments when a reality check is needed, but there can be occasions when comparing your struggle to another’s actually does your story a disservice. I’m not talking about first world problems like when your phone screen cracks, I’ve done it and it’s really annoying. I’m talking about when life really hurts, when you’re grieving or in physical or emotional pain. In these moments comparison can destroy your story. It can pile guilt on top of grief, it can tell you once again that you’re not good enough or strong enough, preventing you from moving forward. Vicktor Frankl, a professor of neurology and psychiatary who, after spending three years in a German concentration camp and losing his wife and parents, has every right to tell us to get some perspective, says this;

“To draw an analogy: a man’s suffering is similar to the behaviour of a gas. If a certain quantity of gas is pumped into an empty chamber, it will fill the chamber completely and evenly, no matter how big the chamber. Thus suffering completely fills the human soul and conscious mind, no matter whether the suffering is great or little. Therefore, the ‘size’ of human suffering is absolutely relative.” 1

Don’t let comparison tell you your suffering isn’t valid. Your pain of childlessness, of singleness, your grief of miscarriage is real and it’s justified. Last month at Fertility Fest, I watched part of a documentary project by film maker Katie Barlow called ‘without child’. The film explores the story of involuntary childlessness juxtaposed against the story of refugees. The intermingling of these stories added a different dimension to the struggle of childlessness, at times reminding you of a world and problems far bigger than ‘us’. But at the end of the presentation Katie told us about an interview with a refugee lady and her newborn child who had lost everything, her home and her family, a woman who ended her conversation saying, “I know my life will be okay because I have a baby.”

The story of childlessness does not sit well in this world. It’s never been easily welcomed, from the early stories of Genesis, to campaigning politicians, to the couple who didn’t want to talk to us about miscarriage. But that doesn’t mean it’s a bad story or that it’s lacking in some way.

The story of childlessness does not sit well in this world. It’s never been easily welcomed, from the early stories of Genesis, to campaigning politicians, to the couple who didn’t want to talk to us about miscarriage. But that doesn’t mean it’s a bad story or that it’s lacking in some way. I have fought hard to find value in my story, to stop comparing it to others. At my weakest, comparison has cost me friendships, with pregnancy announcements shining a painful spotlight on my barrenness. But, I have reached a point when I no longer find my story unpalatable, in fact, I have more beauty to speak of than pain.

I think we compare our stories because we’re searching for somewhere to belong, to find where we fit. I’ve been searching too but the only place I’ve ever found a true home is in the God of the Bible. A book filled with stories about God seeking out, loving and choosing to work with those whose lives nobody wanted, from Abraham to Zaccheus hiding up a tree, these stories have reminded me my worth cannot be measured by comparing who I am against who I am not and who I don’t want to be, but rather it’s found in the One who welcomes my story, the One who’s more interested in who I’m becoming than what I have or what I do, the one who makes my story beautiful.

A very wise man called Dallas Willard once said “greatness of the soul is available to people who do not have the luxury of being ecstatic about the condition and appearance of their bodies.” 2

“Greatness of the soul is available to people who do not have the luxury of being ecstatic about the condition and appearance of their bodies.”

Thinking back to those childless couples I avoided out of fear, I now realise that they probably had more wisdom and beauty and grace to talk about than many of the stories of success I craved for my life. And I know, just like that couple who refused to talk to us, I was the one who missed out. 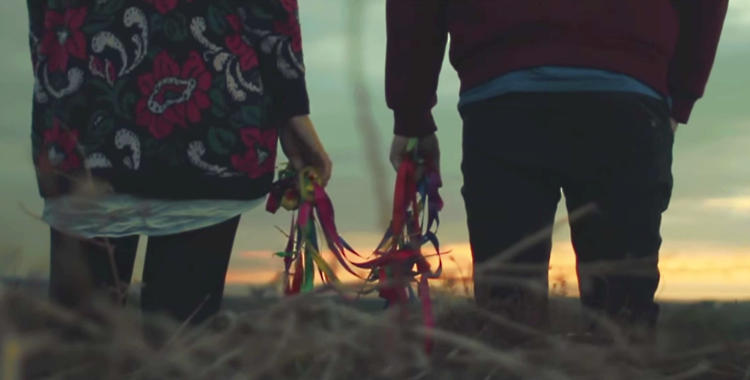 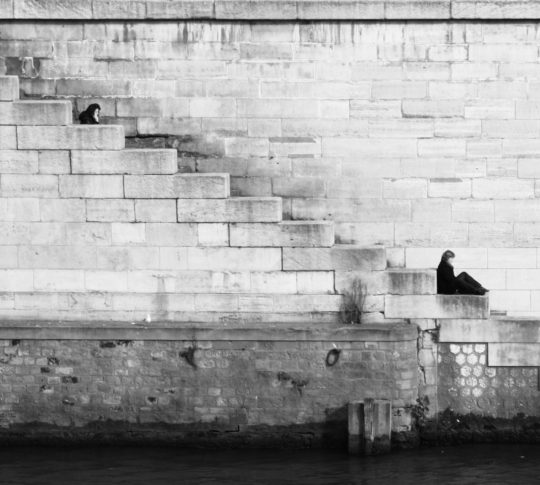