I was about ten, it was after school, and I was fighting with one of my friends. It’s a cliché I know but boys fight from a young age, it’s what we do. Around about the time I was sitting on his head, we may instinctively fight but no one teaches us how to do it, our teacher leans out of the window and yells at us to get inside. We sit staring at the floor as she makes it clear to us how we’ve disgraced the school and how we should be ashamed of ourselves. Tears start to well up, breathing gets a bit shallower, lips quiver.

The short sharp shock stops the flow of tears. I even stop breathing for a moment. After that I don’t feel like crying much. One of the lessons I quickly learn in life is that boys don’t cry. Strong emotions are to be distrusted.

Twenty plus years later I’m slobbing out in front of a mindless action flick. I’ve been thinking hard all day and so I switch to passive. Explosion, brilliant. Car chase, great. Hollywood martial arts, perfect. The action hero has two modes; passive indifference and angry. Every problem can be solved by a fist to the face or an explosion, ideally both. There’s a sniffling office worker who’s been hanging around for a while now, and he’s starting to show emotion. Uh oh, yeah his lip’s wobbling, his voice is going, any moment now he’s… He’s dead. Emotion is for women and dead guys.

The men in my family proudly joke about having swinging bricks instead of hearts, Men don’t cry, men fight, men are strong.

My wife is ten weeks pregnant and bleeding out. Inside I’m a mess but I’m going to be strong. Men are strong for their wives, that’s what men do. I phone the hospital. I run to our church where she is supposed to be leading the service this morning.

“She can’t lead this morning she’s mis… she’s misc…”. I break down crying. Our big gentle vicar hugs me. I give up on speech, I have to get back. It’s go time. As I run back to the house I wipe the tears away.

Over the coming weeks I’m mostly a useless bystander but when I can do something I feel great, like I’m fulfilling my life’s calling. I make hot water bottles to perfection. I cook. I even clean, something that rarely happens in peace time. I do everything I can for her.

Once again mindless TV comes in handy. It numbs the exhaustive pain of grieving, of living with the tense aftermath of loss.

“What the fuck’s wrong with you!”

“We lost our baby” she half screams. “Don’t you care!” The conversation is a long one but it ends with us embraced and in tears.

My every attempt at strength, my best efforts to help were interpreted as dispassionate distance. The playground had taught me not to cry, Bruce Willis had taught me to walk away from explosions without flinching. Men are strong.

But here’s the thing. Turn on the news. Watch any tragedy outside the western world and there everyone laments, everyone wails. All of us, even us guys, have strong emotional reactions because shitty things happen. When we keep it in that turns to distance, depression and anger.

The myth of ‘strong’ had turned my best intentions into cruelty. I chat to guys all the time who are trying to be strong for their families and it is making it worse. I don’t have some great philosophy of manhood. I still want to be strong for my wife but I think it might look something more like tender or gentle rather than strong man action hero.

I know one thing for sure though; men do cry. 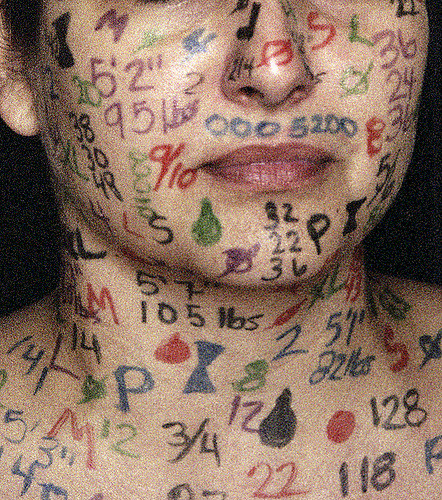