One of the most common conversations I have with Saltwater and Honey people is about loneliness. The story they carry with them when they go to work or go to church, or on a night out with friends or attending family parties makes them feel isolated. But the thing is they’re not the only ones, whether it’s depression, anxiety, grief, infertility, singleness, unemployment, divorce, illness, miscarriage or just a really difficult time, the reality of what we’re silently trying to cope with on a day to day basis can make us feel alone.

Last year Dave and I heard a couple of guys called Justin and Patrick tell a story about their journey on the Camino de Santiago, a  500 mile pilgrimage through Spain and Portugal. Completing the Camino de Santiago is a great achievement in itself but the difference with Justin and Patrick’s story was that Justin has a neuromuscular disease, taking away his ability to use his arms and his legs. A few years ago he was watching a programme about the Camino and decided he really wanted to do it but knew he couldn’t go by himself so he asked his best friend Patrick what he thought about this crazy idea and Patrick replied saying, “I’ll push you”. 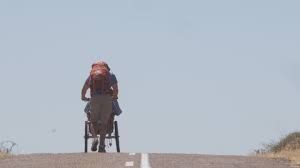 Their journey was epic, they had a special wheelchair made for Justin and for some reason they decided to begin the pilgrimage at the hardest point right at the foot of the Pyrenees. There were days when Patrick had a harness strapped round him and he dragged Justin along the rocky terrain, others when he was pushing him up mountains and others when they needed the help of fellow pilgrims to lift Justin over rocks and rivers, you can watch some of the journey here

As they shared the highs and lows of their story, photos of their amazing journey kept flicking past them on the screen behind, a visual testimony to this impressive achievement and those who’d helped them along the way. Patrick then began describing the most difficult part of the journey and the slide show stopped on this one photo, it showed Justin being carried by Patrick because the terrain was too rugged for his wheelchair. It was a beautiful photo not simply because it demonstrated Patrick’s sacrifice for his friend but because Justin was smiling whilst he was being carried.

For many, asking for help can make you feel ashamed. A grown man having to be physically carried by his best friend has the potential to be one of the most shaming, soul destroying experiences of his life and there were other moments in the film of this story when Justin was weeping with frustration because he felt so helpless. But in this one photo you could see the joy he experienced because he asked for help. It was, and continues to be one of the best and most beautiful illustrations of humility I’ve ever seen. Asking for and receiving help changed both their stories, it made them better. Sat in the auditorium, looking at that photo I thought about the times I’d denied people the opportunity to help me, or the times when I’d accepted offers accompanied by the shame that told me my weakness was a failure. I’m still bad at asking for help now, unable to drive because of my epilepsy I struggle to ask for lifts, or give up on finding creative solutions to get myself somewhere, opting to miss out rather than confess I need help. But these two guys continue to remind me of the great stories that can be told when you invite other people into your mess, greater stories than if you stumbled on alone. Before leaving the stage, Patrick ended their talk by saying, “to deny someone the opportunity to help you, is to deny them the joy in life.” 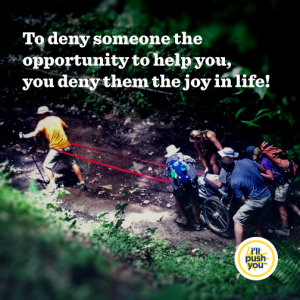 My fifth miscarriage was the worst. I ended up in hospital for two days on morphine and it took months to recover from the physical and emotional trauma of what happened, but there was something about that experience that I will always treasure because that was the night two friends showed up at the hospital. Miscarriage is awful. The physical and emotional experience of losing a child is horrendous but I think what makes it even worse is it’s so hidden. The trauma remains branded in your memory forever but it’s not one that it feels appropriate to share, maybe because it’s to do with your lady bits or because it’s messy and there’s a lot of blood, whatever it is, I’ve never been able to fully describe what actually happens, it just doesn’t seem right. But on the night of my fifth miscarriage my loss was no longer hidden, I had two witnesses.

At first, I was shocked they came. Standing round my bed they asked if they could help and we politely said ‘no’ but then, as the night went on we realised we needed them. They found nurses when I needed help, they bought clean clothes and toothbrushes, they fought for Dave to be able to stay with me overnight and they cried with us when there was nothing left to say. After some miscarriages you can begin to wonder if they ever actually happened, questioning if you were ever pregnant in the first place because there were no witnesses. But on that horrific night my friends shared in our story of loss, they brought authority to my experience, they showed me that my reaction to the trauma was justified because they reacted the same way when they saw what it was really like. My friends became an integral part of the story of my fifth miscarriage that night and it was better because they were there.

My friends became an integral part of the story of my fifth miscarriage that night and it was better because they were there.

Looking back, the darkest moments in my life weren’t necessarily the ones when I was in the most pain or when I’d lost the most. The darkest moments I remember are when I was struggling alone, when I held onto the pain of my story too tightly, determined not to let anyone in, fearful of the shame of saying I couldn’t cope.

I once believed that the responsibility of how and when to help rested solely on the helper, the onlooker, the one who wasn’t in the mess and if it wasn’t for my brave friends showing up in A&E or at my door or on the end of my phone I would have been very lonely, but I don’t think that’s where the story ends. I now believe that the sufferer, the one who’s limping or struggling or weeping has a part to play in this life sharing too. Because, let me tell you, it is possible to laugh when you’re grieving, it is possible to have good memories in the midst of dark struggles, it is possible to live a story far better than the one you’re in now, but only when you invite someone into the mess. I believe it’s how God intended our lives to be, for us to be inviting each other into our stories just like He invites us into His. So don’t deny your friends the privilege of sharing the journey with you or deny yourself the deep joy that can come from sharing your story with them. Invite them into the mess. 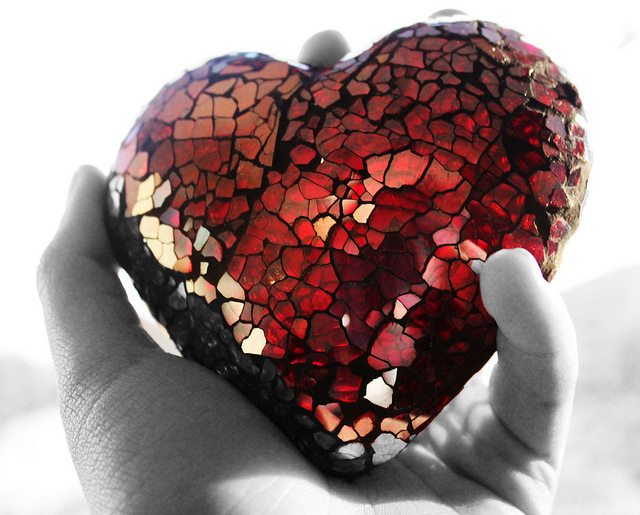 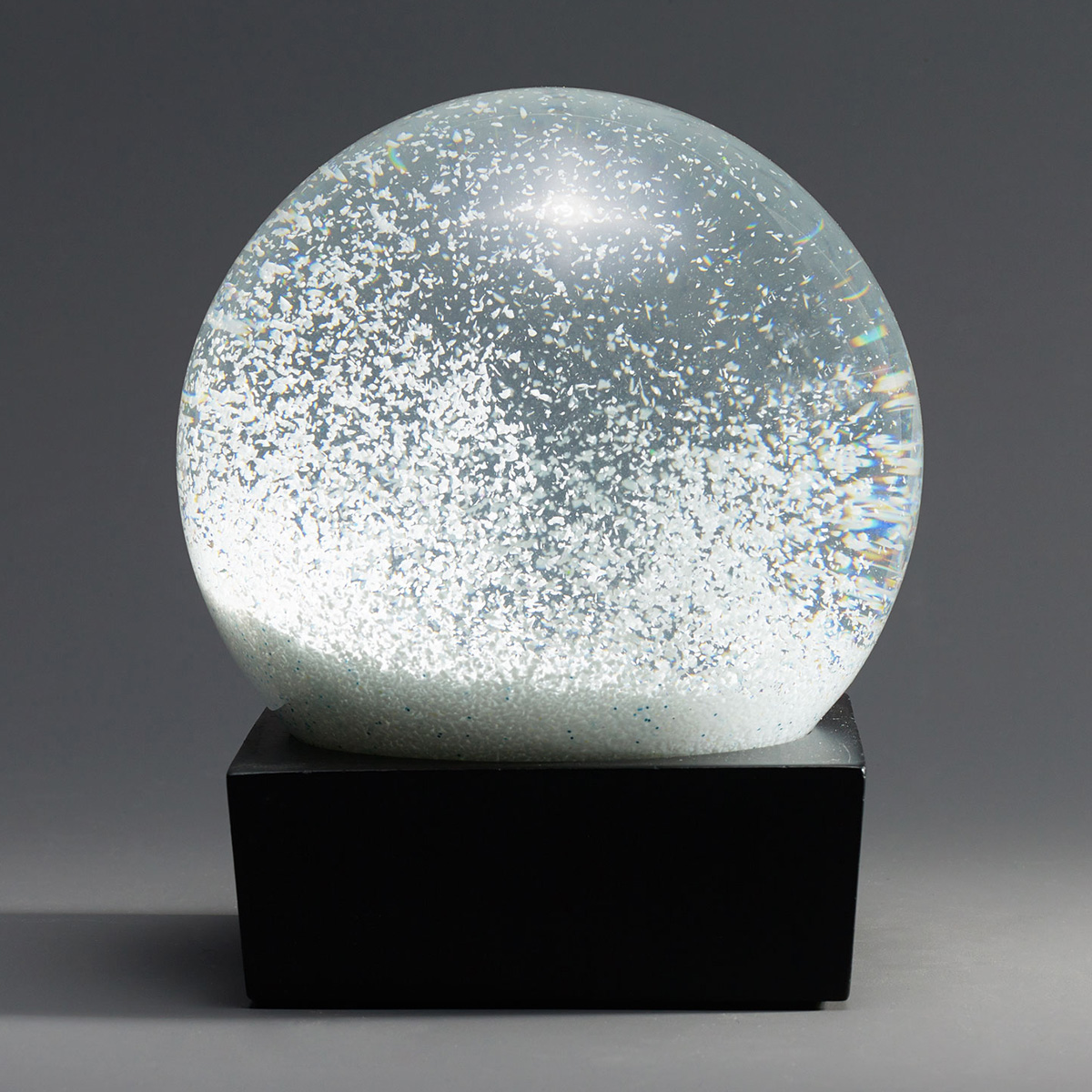